This is Justrec, your main Very Influencing Person, or VIP of IBM. You love me. They all do. Basically, I'm just a person that likes spending time here and posting alot. I joined here on this site back in the old days when the website first started. My birthday is July 21, and you better make a topic saying happy birthday to me. I don't care if there is one topic for that, its tacky.

Basically, I'm friends with mostly all of the active and dedicated members here on IBM. Eventhough specific users like to hate on me at certain times. (Mtwomg, T3A_guy aka nou). I would like to take some time to give my good friends recognition here on my profile.

Time to say my goodbyes. I'm thinking about doing a blog here every week, talking about members in a good or non good way. It depends. I might be talking about things going on the site, new updates about the site, and whats new. It depends, its up to the members of course. Get back to me and tell me what you think about that idea. By the way, you hate me, I hate you. Seeya for now. If you want to leave a comment about this, please do so in the comment field of my profile.
~ Justrec 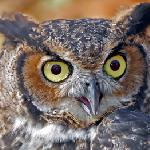 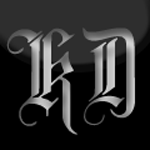 Good job on handling the racism and filter bypass mods and peaches.

You can only close down the site if this thread is completed. (http://www.ibotmodz....7777-increased/ ) If not, you cant shut us down.

Pedobear must love this site..

Lol twisted? When did you get on IBM?

(You all know you love me

How is it even funny?

Some things are funnier when you are actually there.

Exact same concept, and style as the halo one. Smexy.

Damnlag is a website made by the creators of Xbox Focus, + The creators of Se7ensins. It is a whole new world for gamers. Twitter + Myspace combined. Just for gamers. Everyone is invited if you are a gamer. The beta went live tonight at 9 eastern 8 central. So basically its just in beta stage, so if you find anything wrong, report it there. Post from se7en:


I would like to introduce you all to my next project: DAMNLAG.com. DAMNLAG will be an extensive social networking website for the hardcore gamer. Incase you are wondering: this is where the old XboxFocus crew turned their attention. Around ten months ago, we agreed to sell XboxFocus and head in a different, grander direction. DAMNLAG is the fruits of a long, taxing, seven month development timeframe. We're glad to finally be approaching launch and getting the site rolling.


Now, you're probably wondering: what in the world is DAMNLAG? Well, it's really hard to describe such a large-scale project in so few words, but I'll try to make it terse: DAMNLAG is a social networking experiment for the hardcore gamer. It is a site where both experience authors and bloggers (the old XboxFocus crew and newer faces from the industry) will team together with the blogosphere to offer a unique content experience. At DAMNLAG, you'll be able to spread your views and ideas on a new medium like no other. You will be able to write your own gaming blogs and experiences on the same level as professional gaming writers, all working towards one goal. So, how does it all work?


It works through a feature we call Connects: a Facebook/Digg hybrid for gamers. Each user will have their own Connect, a public page which contains a user's blog and gamer information (Gamercards, PSN IDs, Wii Codes, etc.). From there, users can surf DAMNLAG and search for other Connects which they enjoy reading. You can then befriend these users and share content with them, rating them on the basis of WIN or FAIL. The higher rated articles will go to the main Connects feed page, under the category Heating Up. After that, an article with enough high ratings can be promoted to the main page, reaching the status of a Showcased Read. Users can follow their favorite Connects through subscribing to them (you can subscribe to everything at DAMNLAG, whether it be Connects, Columnists, Podcasts, etc.). The most Showcased readers will get more attention from DAMNLAG's Team, with chances for benefits and exclusive offers.


So what does this mean to you, the Se7enSins.com member? Well, everyone at Se7enSins has been invited to be a part of the DAMNLAG Beta, which will begin this Saturday, August 22nd, 2009. As you can see, DAMNLAG is a huge project with numerous features and abilities. The Beta will run as long as it is needed, mainly to test the server, but also to get your feedback. We want to know which features you liked, which features you hated, what is broken (we are sure there will be some glitches) and which features you'd like to see added. Once you go to the Beta, you'll find all the information about it on the homepage in a detailed Welcome brief. You will also be directed to the feedback forms you can fill.


The site will have very minimal DAMNLAG Sponsored Content (content written by professional bloggers and editorialists) as the focus is more on the user than it is on the content for the Beta. Once we've collected enough information from the Beta, we'll make the appropriate changes and launch the site in early September with a full catalogue of fresh content (if you've signed up for the Beta and participated with a Connect, you're information will be transferred to launch.)


This site has been a huge, expansive part of all our lives for the past year. We are so happy to finally reveal it to the world and bring it to life. We hope you guys make the leap and give DAMNLAG a chance this Saturday.


An exact time of launch will be released and sent out to all of you on Friday.


See you at the Beta!

Why is everyone talking about MFone like hes some kind of 'famous guy'? I've been friends with him since Halo 2. His goal was actually trying to become one of those well known modders dude so everyone could be all like 'OH SHIZ ITZ MFONE!' But then his dreams became true, and he got cocky. He got closer and closer to his fame and just ignored me for all those modderz dudez.... Mfone really isn't that great.