just got a wii

its a scam by nintendo. well really it is another type of controller. not gamecube its a coustom game pad heres a pic 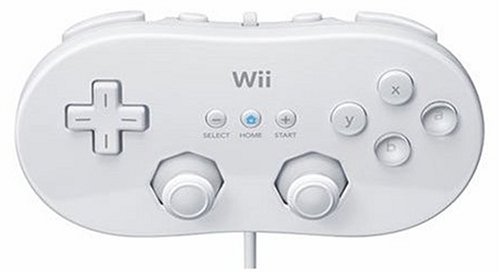 super smash bras? lmao bras i just thought that was funny. i know its a spelling error but still funny. that game is the best just check my sig!!! lol well its fun if you know other ppl who like it too and play with ya. where im currently living, if i mentioned anything nintendo i would get verbaly ripped appart, then put back together. then id be on like a probation when everything i say or do means im loving nintendo and trying to kill microsoft. sigh you would know the main a$$ in this opperation as deathgrip LMAO. and if he reads this it was intended to be a joke not an attack that creates a ten page pointless arguement.

I'm a little afraid that this topic will turn into a wii vs 360 debate.

I have both consoles and I play both of them. Can't we all agree that they are both great consoles with good things to offer. They both have pros and cons.

Also, there are more great games than just super smash bros such as zelda, mario kart, and metroid.