5 replies to this topic

I was thinking if I want to buy this game or not. It looks good (graphics wise), and the controls should be perfect since it's Nintendo that is making it. I did have Double Dash, and I liked it a lot, but idk if it's enough to go out and buy the game when it comes out in less than a month.

It'll have 16 player online play which should be good (or maybe it's 12 ), but is that really going to be enough. It will have friend codes, and will not have mic features since there is no mic yet for the Wii. So what I'm asking is if anyone else on this site is considering buying this game?

-I'll post some screen shots for those who know nothing about the game. 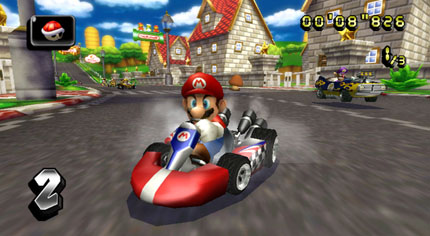 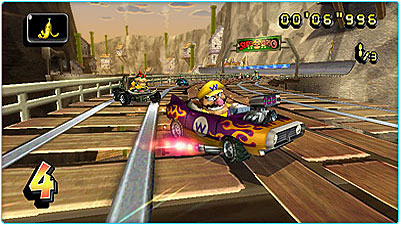 Looks good i like mario kart DS, they should bring back Diddy Kong racing i always loved that game

The Guitar Hero From Hell

if i had a wii.. i would download and burn it haha.

I don't buy a lot of games since I don't really have the money (I blow it all on movies and soda), but when I do, I usually buy a game that gets good reviews so I'll wait for it to be reviewed, watch some gameplay vids, and then perhaps I'll buy it.

I was looking at some pictures of this and there where some really cool pictures. If I had a wii I would buy it for sure.