The 29 hours of downtime.


17 replies to this topic

I'm going to run you through what happened.
whoa i don't like to read, skip to the end.


2 days ago right when I launched this new server it was running incredibly fast. It had a very light weight control panel known as Kloxo. It basically had only the necessities to run a web server, with the addition of security benefits. The site was running incredibly fast, and I finally felt that I had tweak the server perfectly. I'm sitting in SSH, checking over some configurations and I got an email saying there was a SSH login. Which was strange, since I'm the only user. I then get force booted from my SSH session and realize something was up, I could not log back in and I had 0 access to my own server. About 30 minutes later I received an email from some guy saying that Kloxo is worst piece of security ever and said he could take this entire server. His login was jailed to a tiny little directory though, so I didn't think he could do any damage. It was down to asking the DC for a reformat, or arguing with this random guy. 5 minutes later he emailed me again and said in a nutshell, get rid of Kloxo and put a real control panel on there.

This is all going on as IBM is running smooth as silk. After he sent me my new password, I quickly implemented a private/public key for log in, so now you need to steal my public key to get into SSH. Point being, I looked at the bash_history (what someone types into ssh) and surprised this guy did nothing except taunt me. So now I'm sitting with a free control panel and being forced to upgrade to my personal choice of cPanel. It was 20/month extra with my provider. I said hell no, and bought a direct VPS license from cpanel for $200, but wait. $20 x 12 months = $240, no I did save money

After I purchased that license I knocked the sever offline at around 3pm. I locked the databases to prevent any extra data and began to tar (like RAR) my entire user folder. About 30 minutes later I had all my dB's and files in a .tar.gz file. I then slowly but surely transferred that back to my computer. Took about 45 minutes to transfer. So now I had all my files and reformatted the server to a base 5.4 Centos install. I then began the cPanel install.

50 minutes later at the end of the install, I get this.


I googled and could not figure that out for at least 45 more minutes. I tried reformatting to minimal Centos install on 64 bit, 32 bit, etc. I also tried all those suggestions online, and still no go. I then reformatted for the last time and asked cPanel to install the panel. Took them around 45 minutes to start the install, and then 3 hours to do it. By the looks of the bash_history they encountered the same error, but wrote some strange terminal code that I don't even understand to resolve it.

So now I'm faced with the initial control panel of WHM and cPanel. Servers are usually setup in days, and the tweaked over weeks. I think I spent 3 hours straight in that stupid WHM area just setting it up. Compared to Kloxo there was 1,903,912 different settings to pick from. All the way from pure-ftp or pro-ftpd, to the minor version of PHP. Once everything was setup I began the slow transfer of this massive 8ish GB tar.gz file. At 123kbps....

Granted, I figured out why my connection was being throttled and got it back up to 1mbps later on.

As this slow file is transferring I am performing my optimizations that I saved from our previous server. However, I learned that you cannot just edit my.cnf, or httpd.conf as cPanel will re-generate it with its version. You must edit another file, and save it. Which then modifies the config files. Took me awhile to get a hang of that syntax, as I was continually editing the "cached" version of files. I also was setting up the domains, fixing the DNS and adding the webmails for each of the sites.

2.5 hours later the transfer is almost done. That stupid large piece of junk tar file finishes. I simple untar it at command line and my entire folder structure is retained (in the wrong place), so I had to do a little cp -a (copy) to get that bugger back to where I wanted. Then came the problem of permissions and chmodding. None of my chmod's were saved, so I had to restore my permissions to allow files to run. Might have noticed those 403 errors?

Then the worst part comes, apache and virtualhosts with the www extension were failing. For at least 2 hours www.ibotmodz.net would go to a setup page, as ibotmodz.net would go to the site. I broke things and fixed other things for 2 hours until that was fixed. Databases were imported, permissions were restored and alas IBM loaded slowly. My server was back to its un-optimized self due to all the things I did trying to fix the virtualhost bug.

So I then I went to sleep and left IBM running un-optimize. Woke up a few hours later and began tweaking it to run a bit better. So....if anyone wants to chip in a couple bucks for the cPanel license. You know my paypal

TL;DR = There were problems. They were fixed. bi.

Read it all, that's harsh

dang. You miss work or something to do all of this?

dang. You miss work or something to do all of this?

Peaches is an AI. You didn't know that?

ftw
but still read halfway through, just glad the site is back up! good job peaches

Shit, that is insane

This is why I dislike private servers, hardly any support.

Glad we are Back =]
And here's to our growth

Peaches is an AI. You didn't know that?

Then how does he sign into websites that use captchas?

I'm sure they can use captchas.

I'm sure they can use captchas.

lol saw that video. But can they annoy the crap out of someone while they try to play an awesome video game? 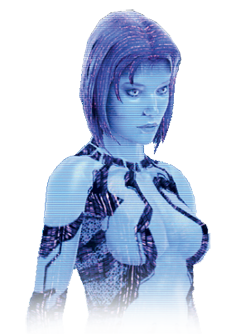 @Peaches and any other AI

I hope you didn't manually Chmod all your files back to the correct permissions. That would've been the biggest pain in the ass ever.

I chmodded them all to a safe powerless number, then manually went back and changed those that wanted 777, and 750 and 444 etc.

I chmodded them all to a safe powerless number, then manually went back and changed those that wanted 777, and 750 and 444 etc.

its not that big of a pain in the ass, but it does take awhile.

^Well, yeah, that's pretty much what I meant by a pain in the ass. I feel bad just for that part, but in addition to everything else, that really just sucks.