65 replies to this topic

iBotModz is almost exactly 4 years old. We were started around October of 06, but we were around without a site for at least a year prior to that. We had our major boom of members around the time of Halo 2 modding, and the start of Halo 3 con modding. Lots of sites started and ended around that time. Sites like TMU Mods, HaloMods, and HaloStrike all unfortunately ended. Then the realm of open source and shared programs ended. No longer did users exchange ideas in order to benefit the community, they hide them to their own benefit. There was a small community of this back in the Halo 2 days, but since the mass number of open source sharing guys outnumbered them, they did not get the attention or hits they wanted.

Now flash forward to today. Every other site requires some payment or monetary gain in order for you (the user) to get an extended level of permissions. While that is true of iBotModz as well, it does not cost money. It is simply gained from posts and time. This has separated the communities into strict walled gardens, as they feel attached to said site after gaining those permissions. Instead of bouncing around various sites like in the H2 days. Most sites have something that distinctly represents them, weather that would be a fancy AIO or a booming community, iBotModz has next to nothing. We are just a group of funny and weird people that just mod random things.

Halo Reach has gone nowhere. Already a few weeks after release the amount of players online in the past 24 hours is around 460,000 when Halo3/ODST is at 280,000. So that shows that the game is not what the community expected or wanted. The amount of players is dropping dramatically and the amount of flame posts on bnet are rising exponentially. You should have read those forums during that credit reset. Point being, iBotModz will not survive through this Halo game. We cannot stay afloat with the quality of this game. Google Analytics reported a large influx of users around the time of the Reach Beta and that was a good sign. However, ever since the release of Reach we've had a steady drop in traffic that shows no signs of slowing down. Our user count spikes a tiny bit on the weekends, and then slowly dies out during the week. In the next few weeks, there will be no one here.

iBotModz will more than likely be shut down, and decommissioned. I am waiting for the first TU (Title Update) of Halo Reach to make sure. Maybe Bungie is secretly absorbing the hate mail and will be adapting the game, otherwise there is little hope. The site used to support itself and make a bit of profit, then it just supported itself. Now it doesn't even support itself, so I pay for renewals and leech of Fattwam's server for hosting. As for the site shutdown, it might be put into a read only state for a couple of months and then plugged, or we might merge with another site. I just haven't decided yet.

Any serious non-public ideas can be PMed to myself, or posted here.

This made me almost cry

I remember the old days.

iBotmodz is my favorite site. Rather then shutting down the server I think merging will be better so we can still talk to each other.I've been a member for 2 years. I don't want it to go.

Its been a great 4 years

Its been a great couple years. I'm gonna really miss this site

Gonna miss the site and the pepz

Im one of thoes guys who do O.S. xD

If it does come down to it merge the site plz don't just shut it down or whatever completly.

Shew, this site was great I remember when I first joined, being flamed and called a noob etc. This site really developed me, I started to code, became a mod everything was going good. Then soon as the CON modding faded, so did all my true desire in modding. Halo 2 map modding was the best, con modding was cool, now what. You either need a dev or jtag to do anything good anymore. I just miss the old days.

So.. is anyone gonna download all the mods and shit or am I gonna do it?

I mean it's a shame if the site's going down for all this to disappear.

# Cos we had a sad day
The site's going down
Been so depressed, been walking round town
Thinkin where to put
My Halo discussions
Debate about mods and the concussion (rifle)

Had a sad day,
the site's going down,
and now I feel
like I have to frown

# Cos we had a sad day
The site's going down
Been so depressed, been walking round town
Thinkin where to put
My Halo discussions
Debate about mods and the concussion (rifle)

Had a sad day,
the site's going down,
and now I feel
like I have to frown

I don't think you have to worry about getting any content. I will always have backups, and no one knows when exactly TU one is coming out, so there is no rush.

Is there a way to archive the website? Perhaps post a backup on here, I still view the halo 2 modding tuts every so-often. And if im teaching someone, I will have a file to reflect to. Please upload it, i'm sure alot of people can still use the info on here. 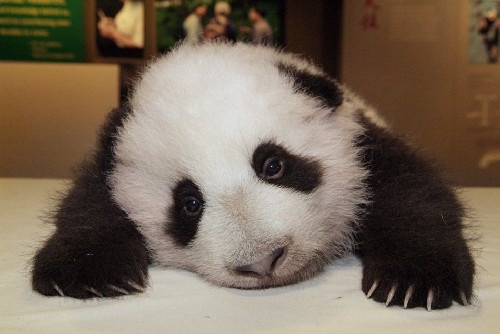