Taken from an iPhone. Basically, the leader pointer pointed towards the leader that really wasn't it. So when they killed him, it still would say "Leader has been killed", but he really hadn't been killed cause they killed the fake leader.

We had 2 leaders that acted all like 2, except for the fact that only one leader had the control to re spawn our team. 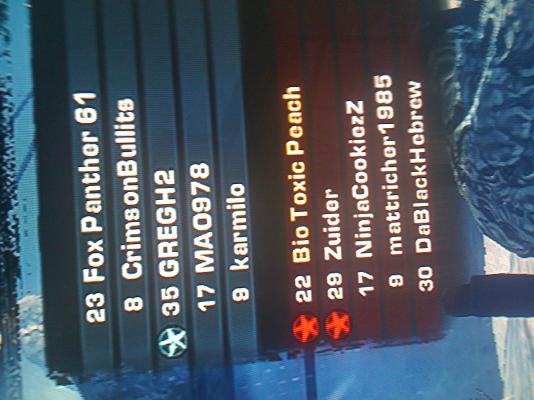 lol how does that happen. I want my entire team to be leaders.

This happened to me before aswell

But I had bad lag and only i could see it

nice to finally see a picture of it lol, wish there was a way to control it (throw a lag switch at a certain time).