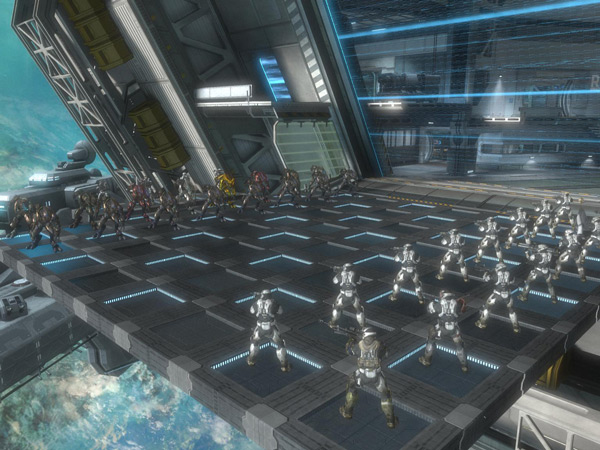 Remember april fools last year? When bungie claimed they were making a chess game mode for reach?
Bungie does, which is why they released an official chess variant to the community.

You can play Chess on any map that contains the necessary Forge objects. That means Tempest is in, and oddly enough Anchor 9 also makes the grade, making Space Chess a certified Space Reality. That’s one small step for a man, one giant leap for…well, you know the rest.

It appears that it utilizes bump possession, and does not have a checkmate thus forcing players to rely on the honor system for certain aspects of the game.
Get your fix here: http://www.bungie.ne...px?fid=15992988
Heres a video from rooster teeth explaining how to play:
http://www.youtube.com/watch?v=M2FrLwkgLZk&feature=player_embedded
Source: http://www.bungie.net/News/content.aspx?type=topnews&cid=31199